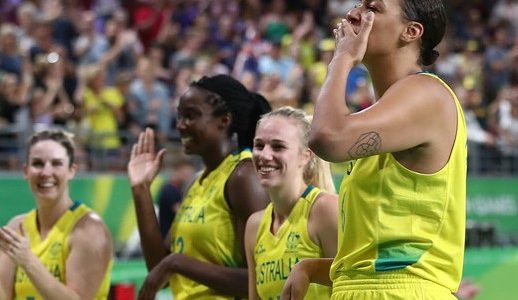 A moment of triumph for telecommunications giant, Globacom Limited, should turn into an instant for introspection as several subscribers trolled the company over its poor services on the same Twitter announcement of a new partnership with world heavyweight boxing champion Anthony Joshua on February 1. Several of the company’s subscribers used the opportunity of Joshua’s one-minute […]

World heavyweight boxing champion, Anthony Oluwafemi Olaseni Joshua fully embraced his Nigerian heritage in a new advert for telecommunications giant, Globacom Limited, that was released on February 1 via the company’s official social media accounts. Joshua, one of the biggest sports personalities in the world at the moment and holder of four belts, was born […]

By Lolade Adewuyi An overwhelming majority decision at the CAF Executive Committee meeting in Dakar, Senegal, on Tuesday, ensured that Egypt will host the Africa Cup of Nations for a record fifth time from June 15-July 13, 2019. The North African powerhouse defeated the bid from South Africa 16-1 with one abstention (likely to have […]

It has taken six years after the launch of the Mikel Obi Foundation for footballer John Obi Mikel to finally find his passion and decide on the best way to give back to society. The midfielder has announced a reality series titled “Nigeria’s Next Football Superstar” where he will pick nine talented footballers from auditions […]

On November 1, almost one year after the launch of its business in Nigeria, Econet Media announced significant changes to its Kwese TV operations across the continent. It said it will refocus its business towards digital while cutting off all its branded channels and third-party channels leaving only the Kwese Free Sports and other FTA […]

Japanese watchmaker, Citizen, claimed a big lift with the victory of Naomi Osaka at the US Open Championships on September 9. Highlighting what good sports sponsorship can do to a brand, Citizen’s shares rose 1.3 per cent on the Tokyo stock exchange, according to Bloomberg, a day after Osaka defeated tennis great Serena Williams 6-2, […]

It’s another August and the football leagues of Europe are set to kick off over the coming days. African fans who are keen to watch live football will find the rights nicely spread out among the television channels across the land. Sports television broadcast rights do not come cheap. These rights have cost their owners […]

Kwese TV and the Broadcasting Organization of Nigeria (BON) announced a deal on Monday that will see local stations broadcast the 2018 World Cup in Nigeria: https://www.channelstv.com/2018/05/21/kwese-sports-bon-reach-agreement-to-broadcast-world-cup-live/#.WwP2wUSIn9k.whatsapp Through Kwese’s FIFA WorldCup official rights, 32 matches will be made available free-to-air for terrestrial channels via this deal. The matches include Nigeria games, matches involving the four […]

Fernando Torres and Atletico Madrid arrived in Nigeria for an international friendly with the Super Eagles on Monday. The Europa League champions will take on a selected side at the Godswill Akpabio Stadium, Uyo, on Tuesday. NOT their first time in Africa, Atletico’s trip is part of the global expansion efforts of LaLiga, like I […]