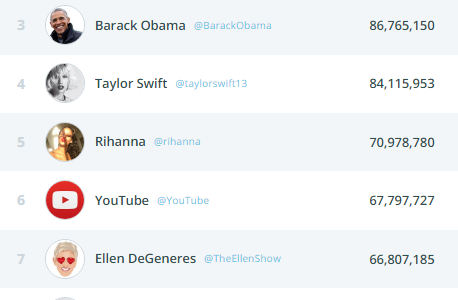 These are the 20 most followed accounts on Twitter in 2010 and 2017 (via Kwak, Lee, Park & Moon and Twitter Counter). Changes have occurred, people have become more famous, some less famous and others infamous in the intervening period. It so happens that Cristiano Ronaldo is the only sports person in the top 20 […]

Without a proper structure outside of the government’s coat tails, the Lagos City Marathon will not survive beyond this administration

On Tuesday, the Nigeria Football Federation announced a nine-point integrity strategy, which if fully implemented will lead to transparency and growth of the game in the country. The strategy intends to put a stop to several illegal actions by officials in football, one of the biggest being federation and state officials playing the roles of […]

For a country with a huge population of women (slightly less than half of an estimated 186million according to various sources), Nigeria needs to tap into the sport potentials of this huge demographic. It is a common fact that women make decisions about household purchases as well as key decisions about which schools and sports […]