The world as we know it will never be the same again.

Since January when news of the spread of the Coronavirus began to hit the airwaves across the world, I would never think that it would come to a moment like this.

When bad things happen in a faraway place, you say a silent prayer for the affected. But when it begins to knock at your doorsteps, it brings about panic and one starts to make hasty decisions about one’s safety.

Its tone was one of resignation. When you can no longer grope for a touch. When the faces on the train become threatening. When a person’s ethnicity becomes tied to a prancing disease that knows no boundaries. I guess we all have to deal with it.

Her university had suddenly been closed for the week as tests were run on students for early detection. I imagined that if there had been no declaration by the parties involved, my colleague could have come to the class that evening oblivious that she had been in contact with a potential carrier of CoVid 19.

And so one could have become infected, just like that.

Over the next few days, as I read the local news and followed the social pulse, it began to dawn that one could be on the frontier of an apocalyptic unraveling. As more cases were reported in the city, people began to panic.

When people panic, they withdraw into their cocoon. In order to withdraw, they go in search of food. And so the shops began to empty out of essentials. 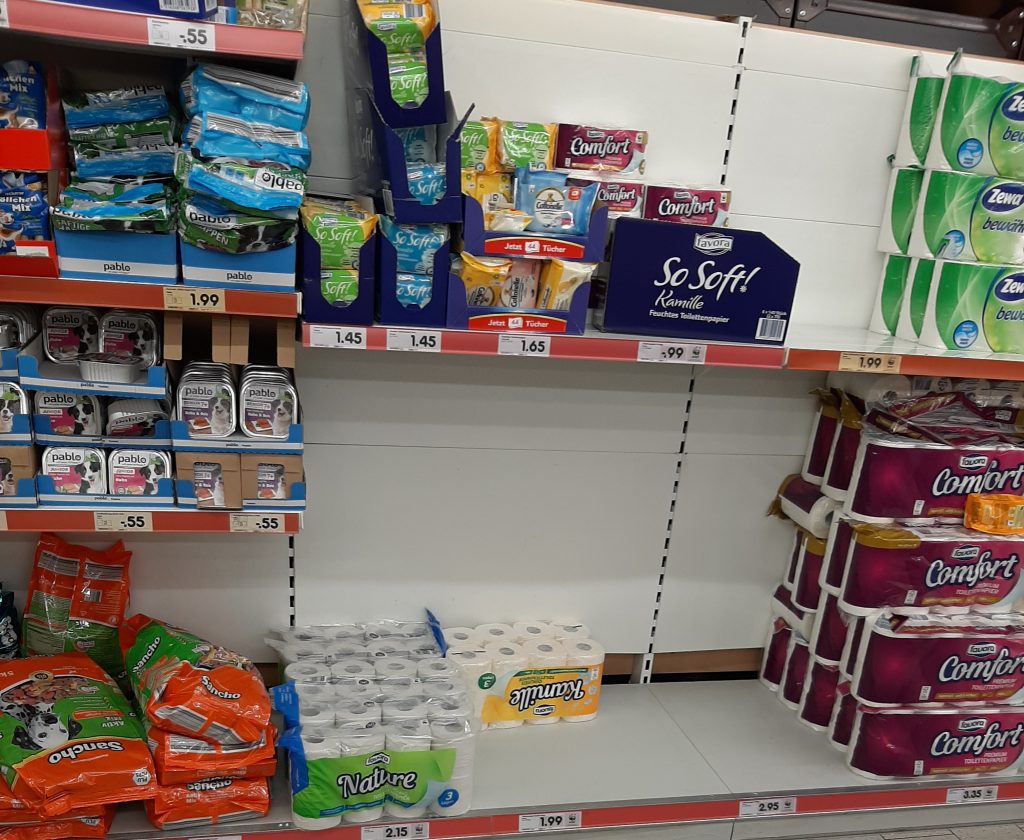 First, it was the sanitary items – disinfectants began to disappear from the shelves. And then toiletries. Then canned food. And bottled water.

We saw it on the news, so we joined the frenzy. I left home at the dawn of the day to get some supplies in the community shop. More than a few aisles had become empty, something that I had never seen since my sojourn here.

I picked here and there items that could keep us in a pandemic. Could this be the end of days? Are we staring at the start of an epochal period in human existence?

As I made my way back to the bus stop, a large crowd was gathered. We were all waiting for Bus 353. As the yellow vehicle arrived, the crowd massed into its inside.

Inside that crowd, my panic heightened as the bus made its way through town. Faces of hopeful people going to work at the nearby hospital. It was supposed to be just another morning. But now it seemed to become a dangerous ride.

The ten-minute ride turned into a lifetime. Time passed as one avoided the contact of others. One bearded man coughed behind me. I felt everyone go still. I said a silent prayer.

When the bus got to my stop, I jumped out. I fled with my legs. I opened my door and dropped the shopping. I went for a quick wash.

The next day, I went out early. This time with my wife. We went shopping again. This time with extra hands we could buy more. We did not want to be caught lacking in these moments. The media has called it Hamsterkauf. A unique German word for panic buying signifying how hamsters hoard food in their mouth.

As we continue to witness panic in a time of Corona, we are witnessing something that could change the way we live in modern times.