Two of the most recognizable women in Nollywood have been starring in adverts by Globacom over the last year. And they have been leaving memorable impressions in their wake. Patience Ozokwor and Sola Sobowale are both middle-aged stars who have made great careers in Nigeria’s film industry. So when they are tapped up by Globacom to headline their adverts, you know they mean serious business.

Both actors have been going at each other over the last series of the campaign. In one rowdy market scene, they try to outdo each other in sales but the woman with the 4G internet wins the battle by listing her products on an online store where she is able to sell to an increasingly savvy clientele.

In this latest campaign, they confront each other in a supermarket aisle where they try to outdo each other as they are faced with a child crying on his mother’s shoulder at the payment stand. While one character begins to sing the still crying baby, the other one calls her on the phone daughter and asks for an animation that helped to soothe the crying baby’s nerves.

Glo 4G – The new speed of life.
Your No. 1 4G LTE Network Nationwide
Dial *777# to choose a plan.#DataIsOxygen pic.twitter.com/wMGvKFeA6b

As the video arrives on her tablet at the speed of light, the child stops to cry becoming engrossed with the entertainment. The advert cuts into a voice over that declares, “Data is oxygen. The new 4G LTE, the new speed of life” as Glo shows off its array of new dynamic pricing that offers higher data for lesser than their competitors.

The goofy duo continues to show their depth of range in these Glo commercials. Not only can Ms Ozokwor be the infamous mother-in-law that she has been known for in her many acting roles, but she can also sell data usage to a wide number of elderly women who are most likely not the most interested in the world of the internet. 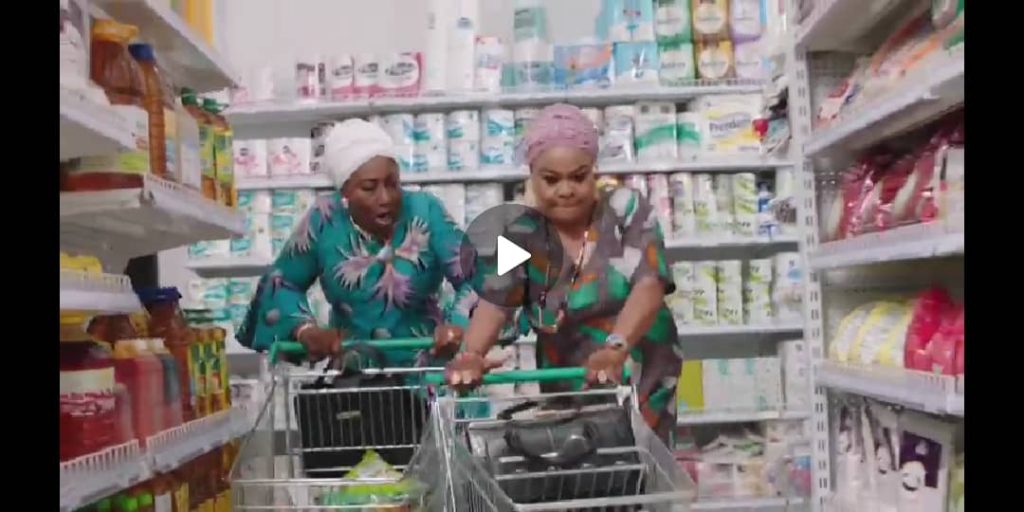 My 70-year-old mother has recently been experimenting with WhatsApp video calls since my father passed on last year. While he was alive, he was in charge of making the weekly family video calls as she never bothered about technology. Now she has to learn how to use the internet in order to connect with her children and extended family in different cities and countries.

Ozokwor and Sobowale’s on-screen relationship will help many older women begin to explore the opportunities in the online space that Glo’s 4G LTE internet promises. It is a world filled with seamless connections with low barriers.

The advert will run on SuperSport’s English Premier League coverage where Glo is a sponsor when the season commences.