Fenerbahce midfielder Victor Moses remains Nigeria’s leading footballer on social media with just three of them having more than a million followers, according to a new report by RESULT Sports.

The Global Digital Football Benchmark 2019 – Players Edition was released at the end of April with a coverage of the top 275 players worldwide with at least 2.7m followers across the top three platforms – Facebook, Instagram and Twitter.

Moses is the only Nigerian in the top 275 players in the world (No. 232) with a total of 3,341,470 followers across the digital platforms while Cristiano Ronaldo tops the list with 363million followers.

RESULT Sports agreed to provide me with an exclusive top 10 list of Nigerian players on social media for this article, players who ordinarily did not make the Global Benchmark.

For a country with a population the size of Nigeria’s, it always amazes how we have not been able to translate the growth in access to broadband data to social media following compared with Egyptians who have a huge presence online.

Moses is followed in second place by Arsenal’s Alex Iwobi and John Obi MIkel of Middlesbrough with 2.2m and 1.2m total followers respectively. The trio is the only ones that have at least a million followers across the major platforms.

One pattern that I quickly observed from their platform numbers is the prevalence of Instagram as a place for higher growth and engagement for the players. Apart from Moses whose Facebook and Twitter numbers are higher than his Instagram’s, all other players on the Top 10 list have Instagram as the platform for the highest number of followers.

According to Mario Leo, founder of RESULT Sports, there are a few reasons why Instagram is seeing faster growth as a social media platform. “From a players perspective, the app is easier to use and fun to use. From an audience perspective it’s all mobile and easy to reach, easy to engage while from a technology point of view, there are no algorithms on organic reach or growth. So more people see and have access automatically to content,” Leo said. 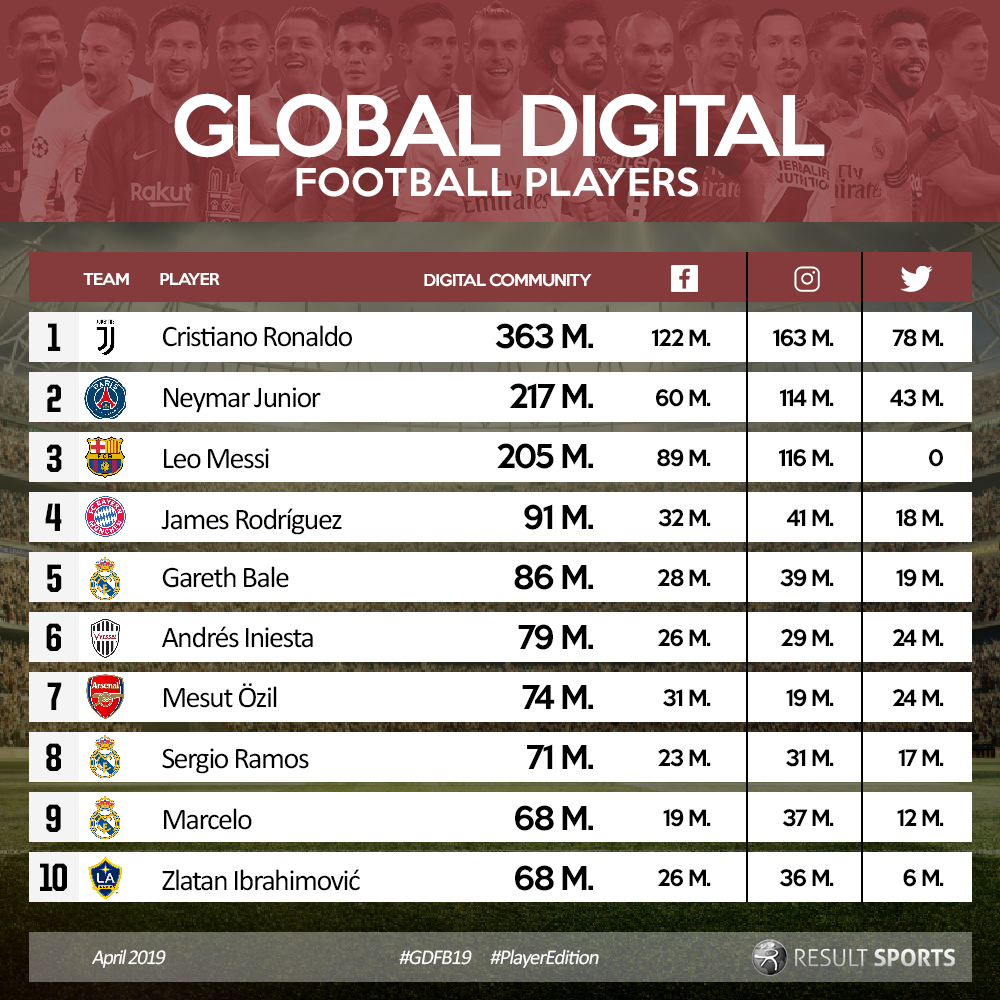