There was an exciting start to the first two races of the 2019 Nigeria Road-X Championship racing season that was held during Easter at the Motorsport Raceway in Edo State. Nigeria’s biggest motor racing event saw Robson Omasheye of Fastlane Motorsports and Jack Affara of Throttle Heads Racing tied on 19 points after the opening par of races.

This year’s championship weekend began with excitement as the racing teams arrived on Friday to set up their cars for practice runs ahead of the qualifying and competitive races. The community of Evbuobanosa, where the race track is situated, wore an atmosphere of high expectations as Nigeria’s biggest car racers gathered.

Local food sellers made brisk business and the local mechanics and young men helped the racing teams to tune up their cars as cash changed hands with everyone happy to thrive from the influx of tourists and racing fans.
FLM’s Omasheye won Race One on Saturday, April 20, after a hard-fought battle with THR’s Affara. The entire 20 laps of the race around the 2.3km track were exhilarating as the five teams battled it out on the grid.

Rage Motorsports driver, Daniel Oguonigho, finished in third place. The race had a dramatic finish as Affara lost a tyre and had to complete the last lap with all the rubber worn off the rear left rim. 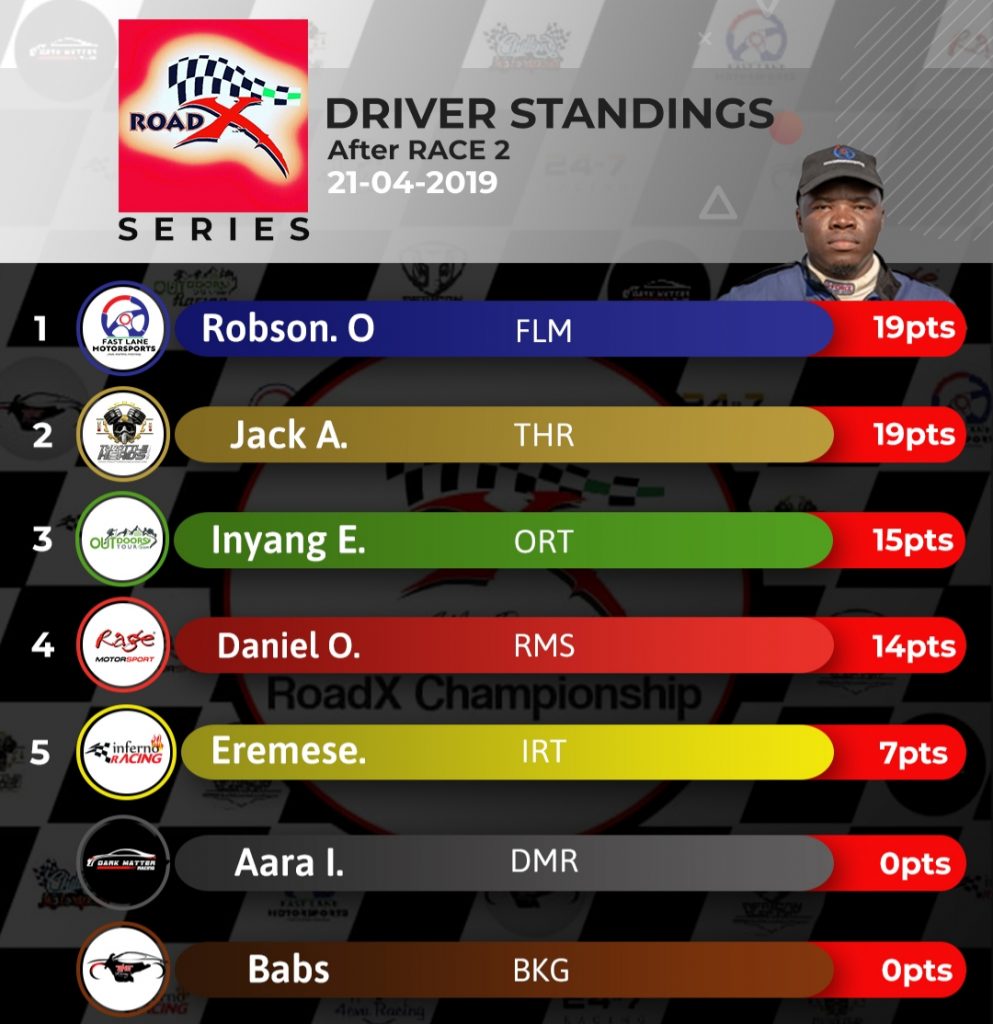 Over 1,000 spectators packed inside the Motorsport Raceway race track for Race Two on Sunday. Throttle Heads Racing ramped up the anticipation when they brought in four brand new sets of tyres overnight for the race and it paid off as they won after a tough battle with Fast Lane Motorsports.

Both teams overtook each other over 14 times in the course of the 20 lap race. The other teams were also locked in a battle for third place, but the advancement of the top two teams was unmatched.

After the two races, both Fast Lane Motorsports and Throttle Heads Racing are tied with 19 points on the Team Championship rankings with Outdoors Racing in third place with 15 points. 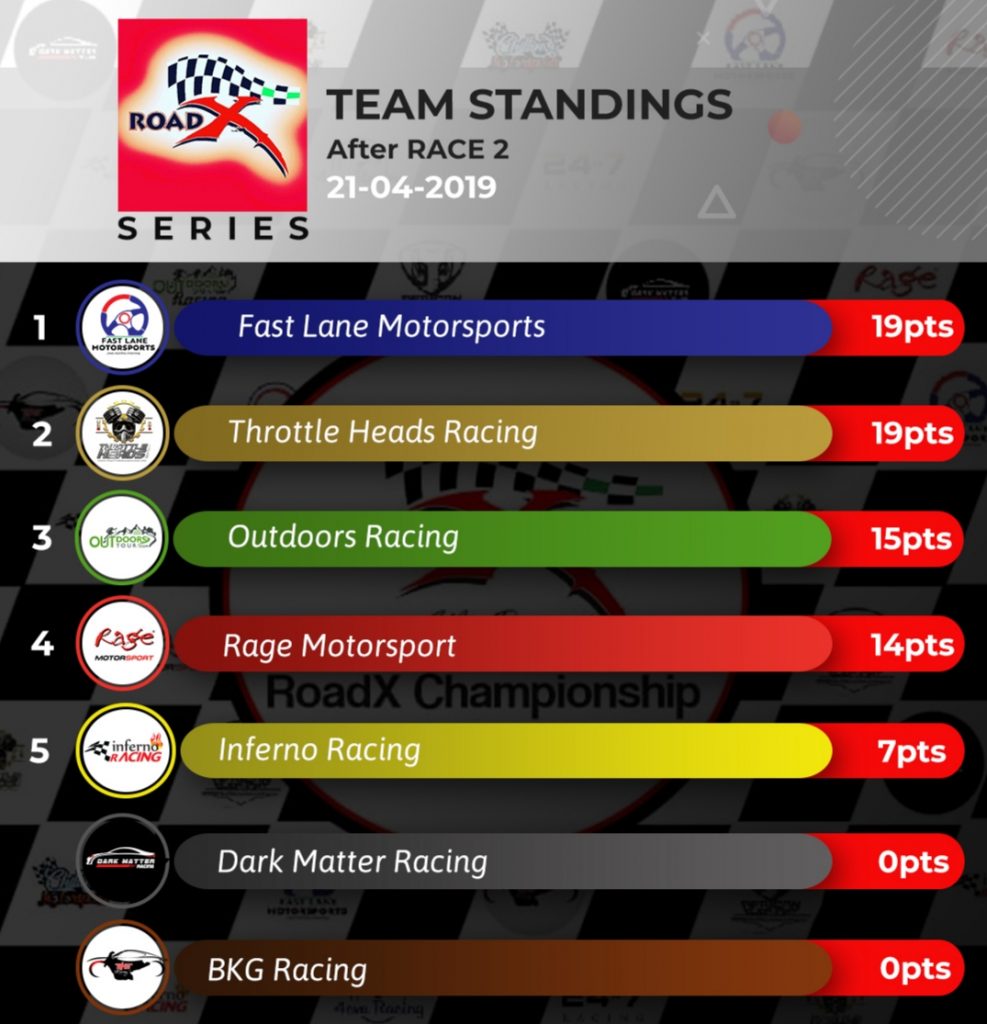 The next two races of the Road-X Championship are slated for the last weekend in August where most teams will field two cars each. A new unnamed team is also going to join the grid with two cars as well.

The teams are rushing to utilize their maximum slot of two cars each in order to stand a better chance of winning the Team Championship title which attracts prizes of 1 million Naira, 500,000 Naira and 250,000 Naira by cumulative points from cars in each team.